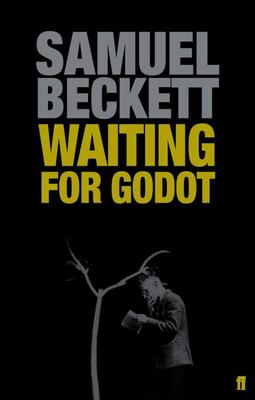 'Nothing happens, nobody comes, nobody goes, it's awful.' This line, from the play, was adopted by Jean Anouilh, to characterize the first production of "Waiting For Godot" at the Theatre de Babylone, in 1953. He went on to predict that the play would, in time, represent the most important premiere to be staged in Paris for forty years. Nobody acquainted with Beckett's masterly black comedy would now question this prescient recognition of a classic of twentieth-century literature.

Waiting for Godot: A Tragicomedy in Two Acts by Samuel Beckett is a wonderfully surreal and thought provoking black comedy from the winner of the Nobel Prize and author of plays such as Murphy and Endgame.

Samuel Beckett was born in Dublin in 1906 and graduated from Trinity College. He settled in Paris in 1937, after travels in Germany and periods of residence in London and Dublin. He remained in France during the Second World War and was active in the French Resistance. From the spring of 1946 his plays, novels, short fiction, poetry and criticism were largely written in French. With the production of En attendant Godot in Paris in 1953, Beckett's work began to achieve widespread recognition. During his subsequent career as a playwright and novelist in both French and English he redefined the possibilities of prose fiction and writing for the theatre. Samuel Beckett won the Prix Formentor in 1961 and the Nobel Prize in Literature in 1969. He died in Paris in December 1989.