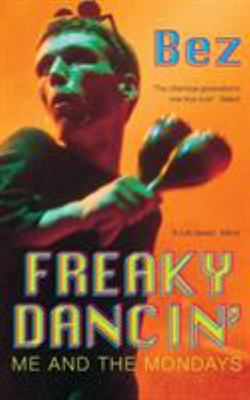 The story of Bez from the Happy Mondays is a rollercoaster ride through the excesses of rock 'n' roll. This is a book that became an instant cult classic.This is a story of Bez, the man with the maracas and Shaun Ryder's sidekick in the Happy Mondays. Bez was the embodiment of the eighties 'Madchester' scene - when asked by a journalist why he took so may drugs he replied, 'It's my job.' Freaky Dancin' is a rollercoaster ride through the excesses of rock 'n' roll. It is also the story of how a petty criminal, with no future, got up on stage one night at The Hacienda and found himself famous. 'No one has truly and more fully lived the rock lifestyle since The Who's Keith Moon. This is the most honest, funny, outrageous, drug-fuelled rollercoaster of an autobiography since Howard Marks. A cult classic.' Mirror 'Bez emerges as a dangerous lunatic whose entire life is motivated by the pursuit of drugs. But, like his book, he's almost impossible not to like. Top one.' Mix Mag 'Bez presents his life as a triumph against the odds, the pills and thrills of a hyperactive kid who couldn't settle on anything except drugs and petty crime but fronted one of the most important bands of the past ten years.' The Times 'Bez's life story reads like that of a man who stole the world, sold it, bought it back on the cheap, and then left it on the back of a written-off jeep somewhere in the Caribbean.' New Musical Express